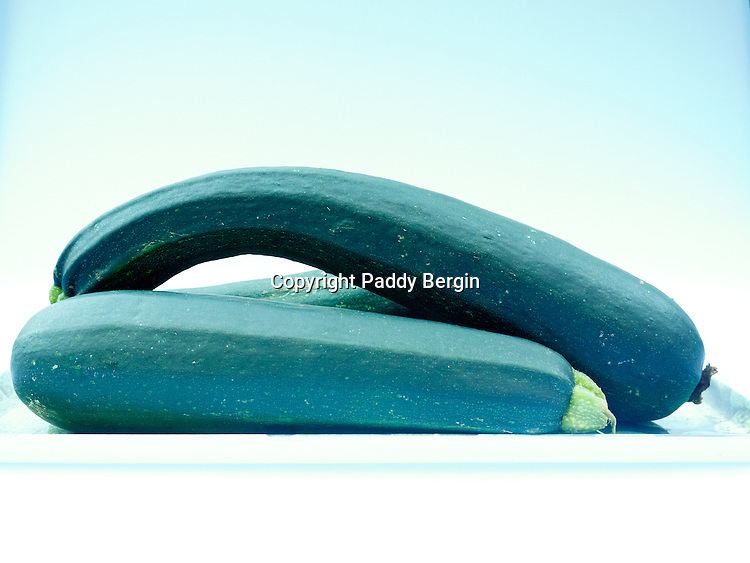 Zucchini or courgette is a summer squash which can reach nearly a meter in length, but which is usually harvested at half that size or less. Zucchini, like all squash, has its ancestry in the Americas. However, the varieties of squash typically called "zucchini" were developed in Italy, many generations after their introduction from the Americas.

Unlike cucumber, zucchini is usually served cooked. It can be prepared using a variety of cooking techniques, including steamed, boiled, grilled, stuffed and baked, barbecued, fried, or incorporated in other recipes such as soufflés.