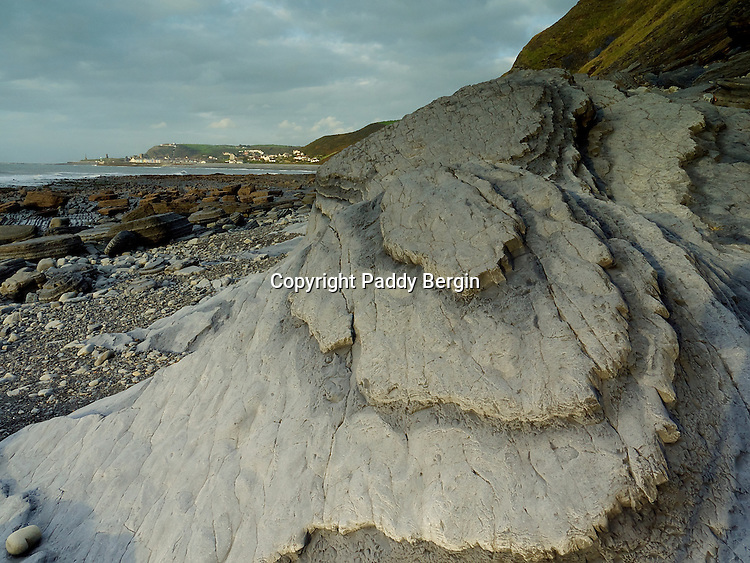 The rocks in Ceredigion, West Wales, were laid down on the floor of a deep-sea basin during the Silurian and Ordovician period some 505 to 406 million years ago. These sedimentary rocks – mudstones, siltstones and sandstones – were uplifted and emerged above the sea during a later mountain building period. This caused them to be folded and faulted. The eroded coastline provides a unique opportunity to see these rocks and their structures. I went back to photograph this rock structure again and it had been buried under a rock the size of a house which had come out of the cliffs in a storm.