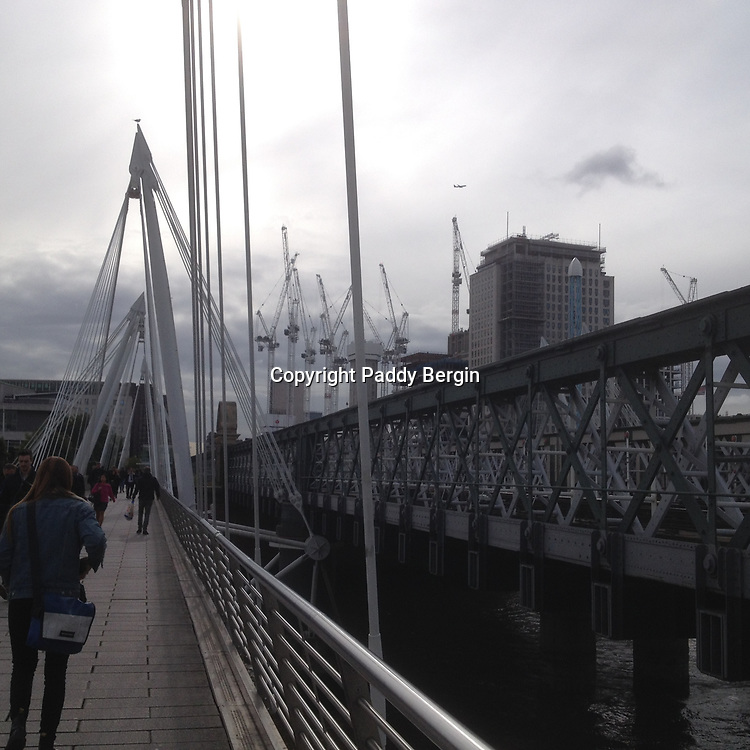 Hungerford Bridge, often called Charing Cross Bridge, is a railway bridge.It crosses the River Thames in London from Charing Cross station across to the south, near Waterloo station.

The bridge lies between Waterloo Bridge and Westminster Bridge. It is a steel bridge with two more recent pedestrian bridges on either side. These were named the Golden Jubilee Bridges, but are really just footpaths alongside the railway bridge. Each footpath has steps and lift access.

The north end of the bridge is Charing Cross station. It is near Embankment Pier and the Victoria Embankment. The south end is near Waterloo station, County Hall, the Royal Festival Hall, and the London Eye.

The first version of the bridge was designed by Isambard Kingdom Brunel, and opened in 1845. The bridge and the walkways have been reworked and expanded at various times.

There is also, now, a pediastrian bridge adjacent to the railway bridge.