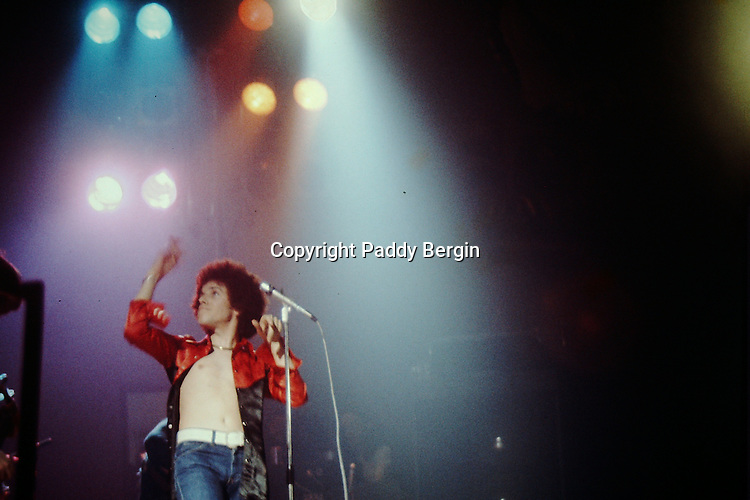 Leo Sayer (born Gerard Hugh Sayer, 21 May 1948) is a British-born singer-songwriter musician, and entertainer (now an Australian citizen and resident) whose singing career has spanned four decades. Sayer launched his career in the UK in the early 1970s and became a top singles and album act on both sides of the Atlantic in the 1970s. His first seven hit singles in the United Kingdom all reached the Top 10 – a feat first registered by his first manager, Adam Faith. His songs have been sung by other notable artists, including Cliff Richard's, "Dreamin'".

Sayer began his music career co-writing songs with David Courtney, including "Giving it All Away", which gave Roger Daltrey of The Who his first hit without The Who in 1973. The same year, Sayer began his career as a recording artist under the management guidance of Adam Faith, who signed Sayer to the Chrysalis label in the UK and Warner Bros. Records in the USA. His debut single ""Why Is Everybody Going Home" failed to chart, but he shot to national prominence in the UK with his second single, the plaintive music hall-styled song "The Show Must Go On", which Sayer memorably performed on British television wearing a pierrot costume and make-up. The single went quickly to #2 on the UK chart, as did his debut album Silverbird, for which Sayer wrote nine of the eleven tracks; the other two tracks were co-written with Courtney, who co-produced the album with Adam Faith.