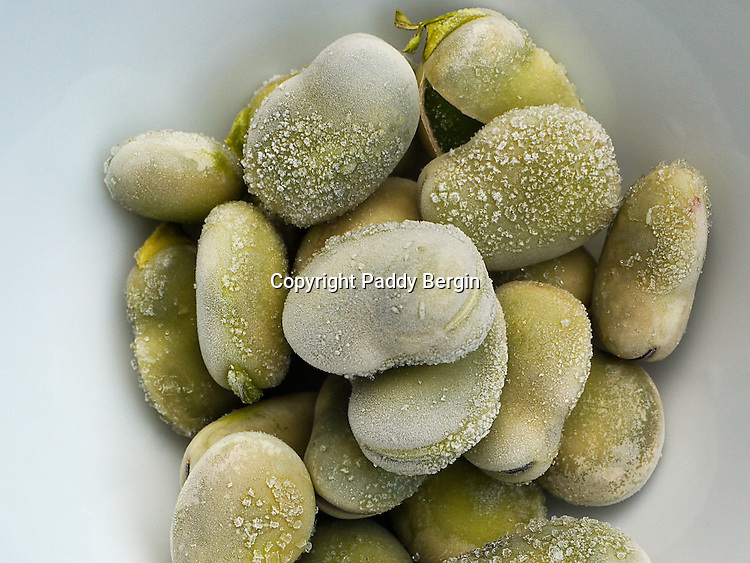 A bowl of broad beans, taken directly from the freezer and condensing moisture nicely.

Broad beans have a long tradition of cultivation in Old World agriculture, being among the most ancient plants in cultivation and also among the easiest to grow. Along with lentils, peas, and chickpeas, they are believed to have become part of the eastern Mediterranean diet around 6000 BC or earlier. They are still often grown as a cover crop to prevent erosion, because they can overwinter and because as a legume, they fix nitrogen in the soil.