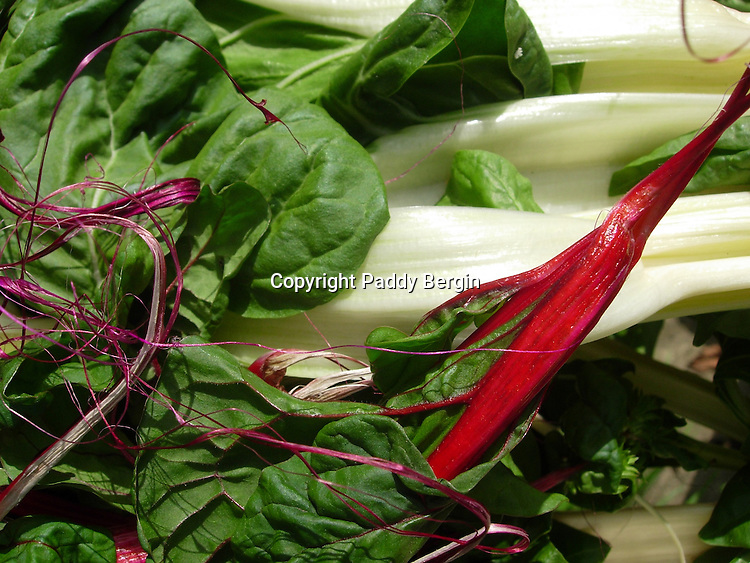 Chard (Beta vulgaris subsp. cicla), is a leafy green vegetable often used in Mediterranean cooking. Chard has been bred to have highly nutritious leaves and is considered to be one of the most healthful vegetables available, making it a popular addition to healthful diets.

Fresh young chard can be used raw in salads. Mature chard leaves and stalks are typically cooked (like in pizzoccheri) or sauteed; their bitterness fades with cooking, leaving a refined flavor which is more delicate than that of cooked spinach.

In Egyptian cuisine, chard is commonly cooked with taro root and coriander in a light broth.