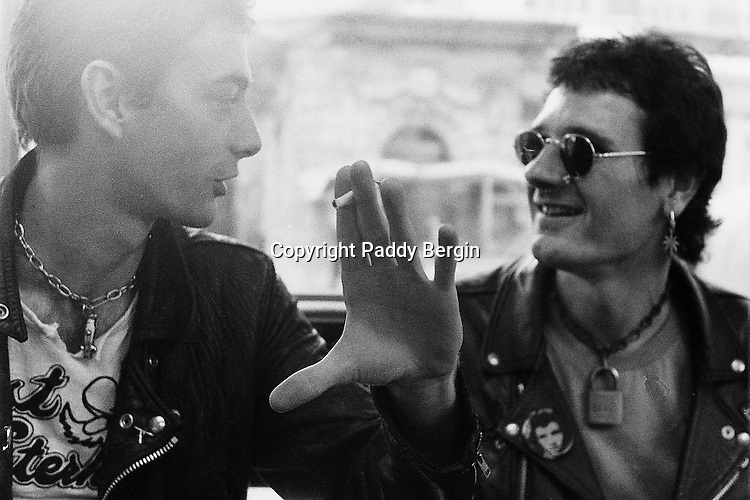 This picture is a Portrait of bass guitarist and drummer, Oz Garvey in the cafe near The Music Machine (now called Koko) Camden, London in 1977.