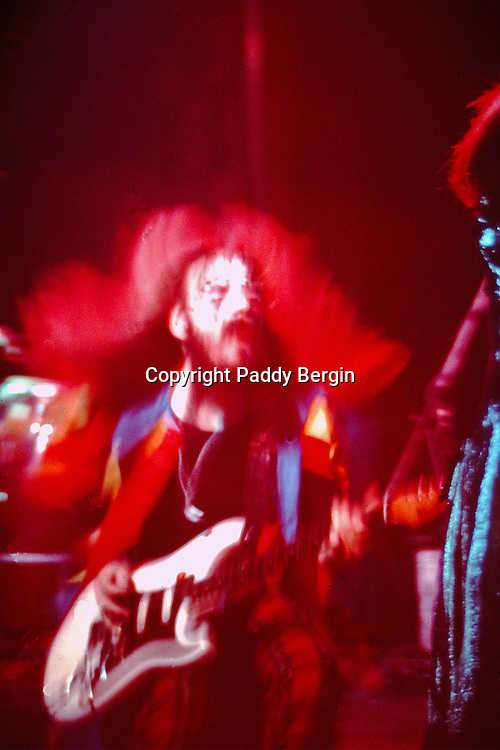 Roy Wood and Wizard in concert at Worthing Assembly Hall, West Sussex in the early 70s.

Roy Wood (born 8 November 1946) is an English singer-songwriter and multi-instrumentalist. He was particularly successful in the 1960s and 1970s as member and co-founder of The Move, Electric Light Orchestra and Wizzard. As a songwriter, he contributed a number of hits to the repertoire of these bands.

The BBC has described Wood as being "responsible for some of the most memorable sounds of the Seventies" and "credited as playing a major role in the Glam Rock, Psychedelic and Prog Rock movements". In 2008, Wood was awarded an honorary doctorate for his contribution to rock and pop by the University of Derby. In 2015, his long and eclectic career was recognised with the "Outer Limits" award at the Progressive Music Awards in London.