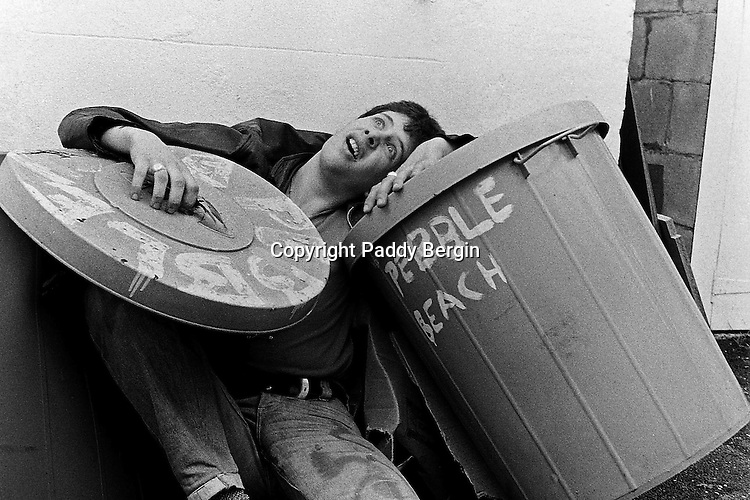 This picture is a Portrait of guitarist, Frank Smith, amongst the bins. Don't ask.