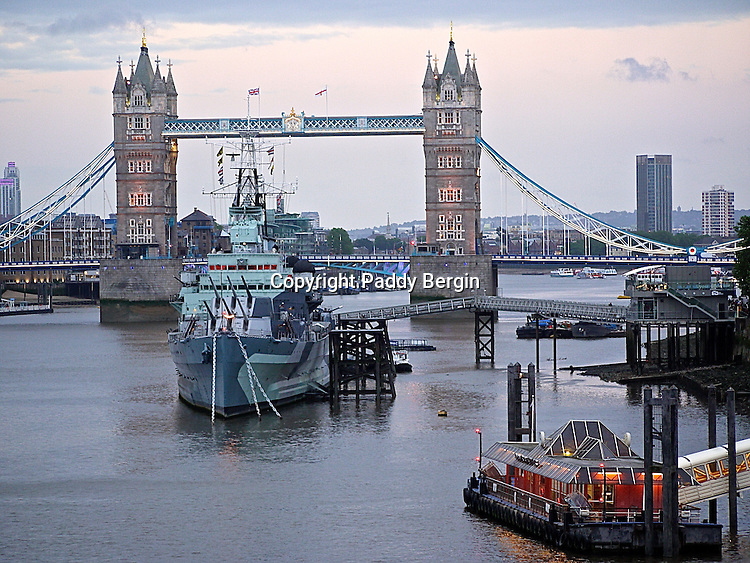 A view east along the River Thames with HMS Belfast in the foreground and Tower Bridge behind.

HMS Belfast is a museum ship, originally a Royal Navy light cruiser, permanently moored in London on the River Thames and operated by the Imperial War Museum.

Construction of Belfast, the first Royal Navy ship to be named after the capital city of Northern Ireland, and one of ten Town-class cruisers, began in December 1936. She was launched on St Patrick's Day, 17 March 1938.