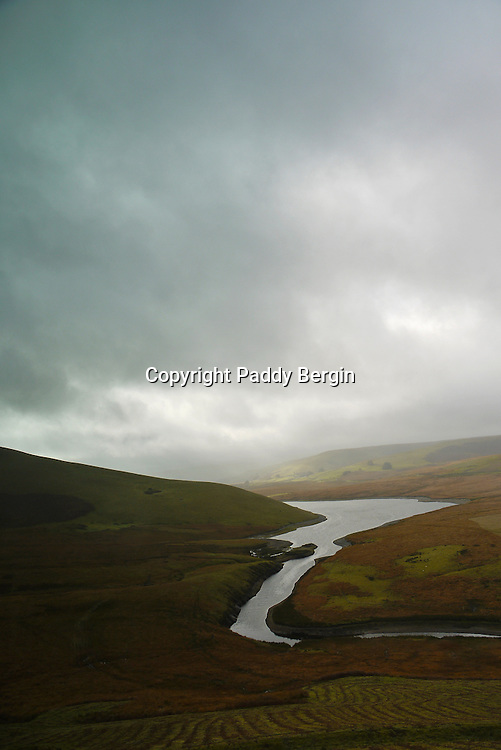 The Elan Valley Reservoirs are a chain of man-made lakes created from damming the Elan and Claerwen rivers within the Elan Valley in Mid Wales. The reservoirs, which were built by the Birmingham Corporation Water Department, provide clean drinking water for Birmingham in the West Midlands of England. The five lakes are known as the Claerwen, Craig-goch, Pen-y-garreg, Garreg-ddu, and Caban-coch.

Water from the reservoirs is carried by gravity to Frankley Reservoir in Birmingham via the Elan aqueduct. Pumping is not required because the network drops 52 metres (171 ft) along its 73 miles (117 km) length from its source to Frankley. A gradient of 1:2300 maintains a flow of less than 2 miles per hour (3.2 km/h); water takes two and a half to three days to reach Birmingham. The aqueduct, which was started in 1896 and opened in 1906, crosses several valleys and features numerous brick tunnels, pipelines, and valve houses.