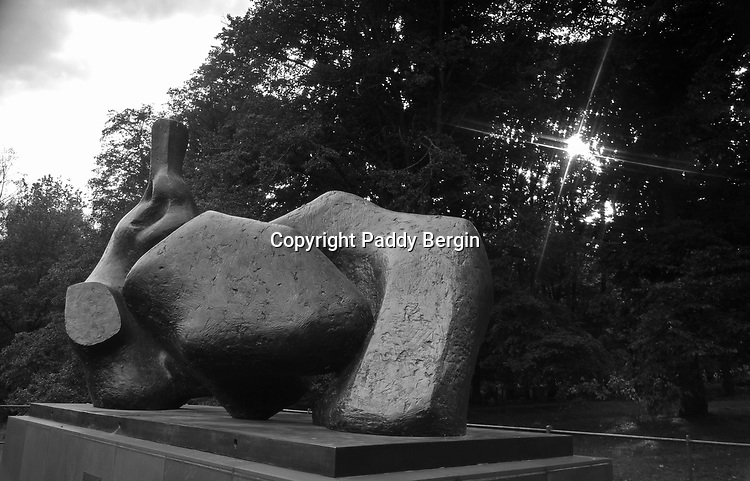 Divided into two pieces that resemble boulders more than body parts, this reclining figure exemplifies Moore’s interest in the coalescence of human and geological imagery. The work also demonstrates his concern with the figure in space in that relationships between forms appear to change when the sculpture is viewed in the round.