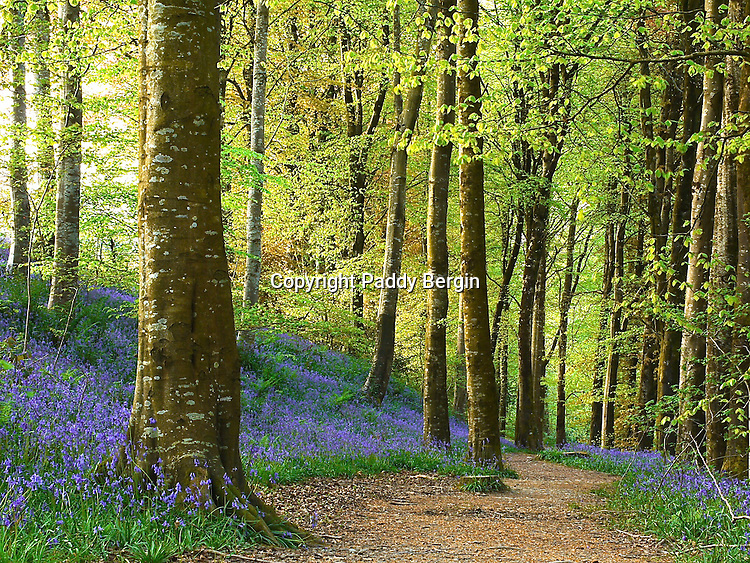 The bluebells are growing alongside a beautiful path next to the river Ystwyth at Trawscoed, Ceredigion, West Wales. In late Autumn this same view will be covered in golden brown leaves.