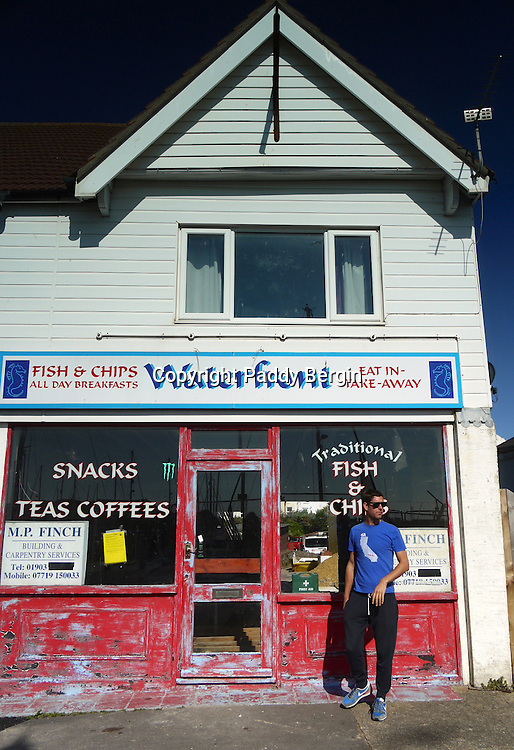 Fish and chips is a hot dish of English origin, consisting of battered fish, and chips. It is a common take-away food.

Fish and chips became a stock meal among the working classes in England as a consequence of the rapid development of trawl fishing in the North Sea, and the development of railways which connected the ports to major industrial cities during the second half of the 19th century, which meant that fresh fish could be rapidly transported to the heavily populated areas. Deep-fried fish was first introduced into England during the 16th century by Jewish refugees from Portugal and Spain, and is derived from pescado frito. Battered fish used in fish and chips is not exactly the same as pescado frito, which is fish dipped into flour, battered fish is first coated in flour then dipped into a batter consisting of flour mixed with liquid, usually water but sometimes beer. Some newer modifications to the recipe may have cornflour added, and instead of beer sometimes soda water is added. In 1860, the first fish and chip shop was opened in London by Joseph Malin