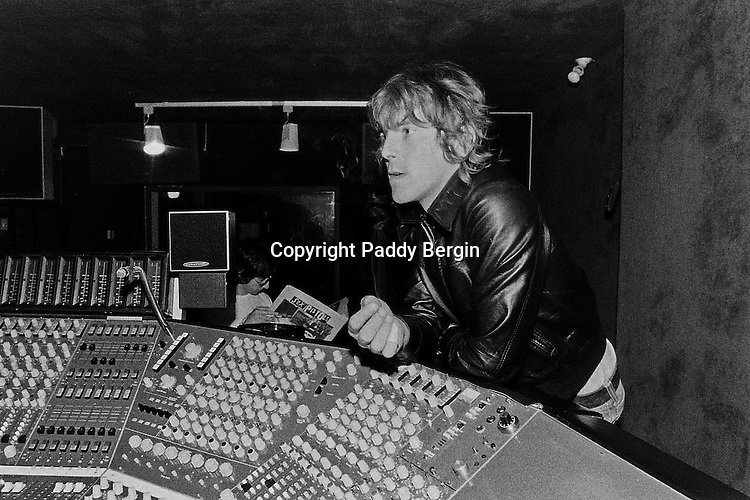 This picture is a Portrait of guitarist, Eric Wright, in Pebble Beach Studio, Worthing, West Sussex in 1977. Look closely and see Tape Op Eli Perl in the background and what's he reading?