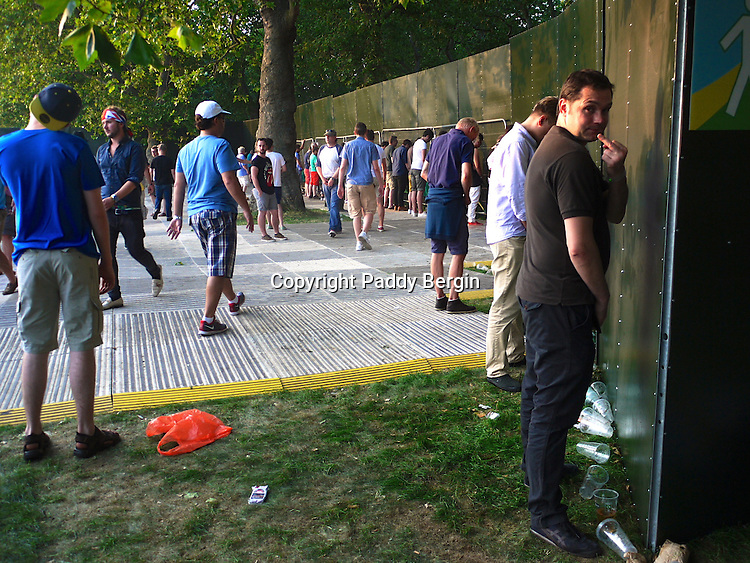 Pissing against the fence at the gig.