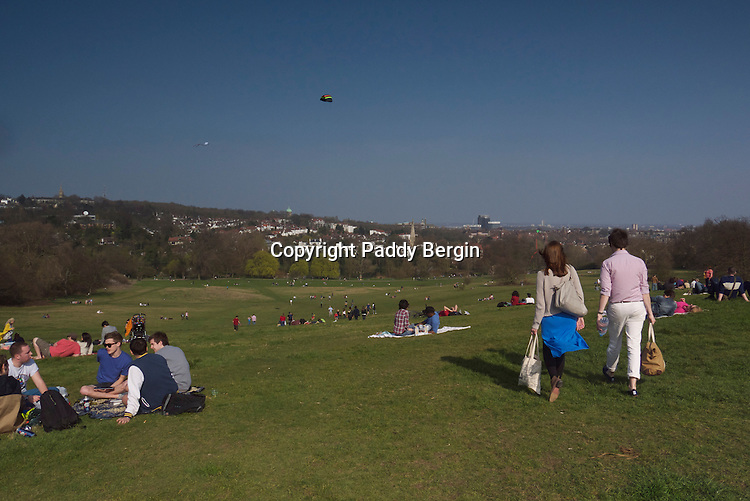 Kite Hill and picnickers on Hampstead Heath (locally known as "the Heath") is a large, ancient London park, covering 320 hectares (790 acres). This grassy public space sits astride a sandy ridge, one of the highest points in London, running from Hampstead to Highgate, which rests on a band of London Clay. The Heath is rambling and hilly, embracing ponds, recent and ancient woodlands, a lido, playgrounds, and a training track, and it adjoins the stately home of Kenwood House and its grounds. The south-east part of the Heath is Parliament Hill, from which the view over London is protected by law.