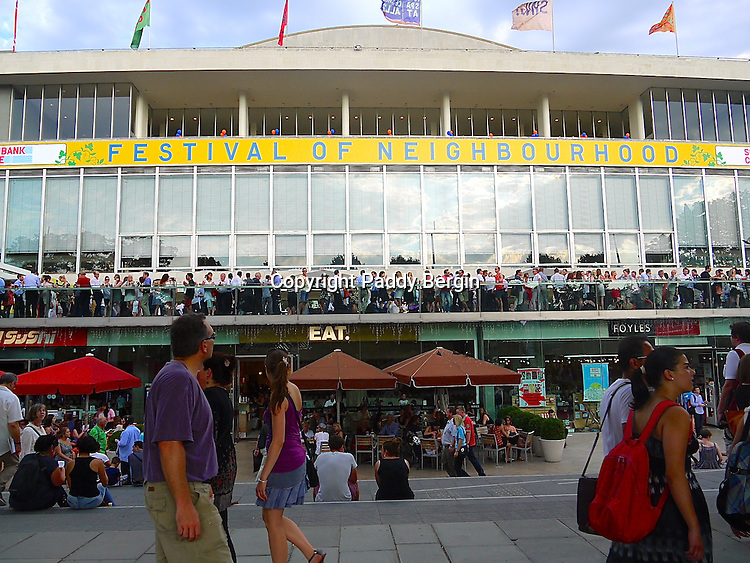 The Royal Festival Hall is a 2,500-seat concert, dance and talks venue within Southbank Centre in London. It is situated on the South Bank of the River Thames, not far from Hungerford Bridge. It is a Grade I listed building, the first post-war building to become so protected (in 1981). The London Philharmonic Orchestra, the Philharmonia Orchestra and the Orchestra of the Age of Enlightenment are resident in the hall.

The hall was built as part of the Festival of Britain for London County Council, and was officially opened on 3 May 1951. When the LCC's successor, the Greater London Council, was abolished in 1986, the Festival Hall was taken over by the Arts Council, and managed together with the Queen Elizabeth Hall and Purcell Room (opened 1967) and the Hayward Gallery (1968), eventually becoming an independent arts organisation, now known as the Southbank Centre, in April 1988.