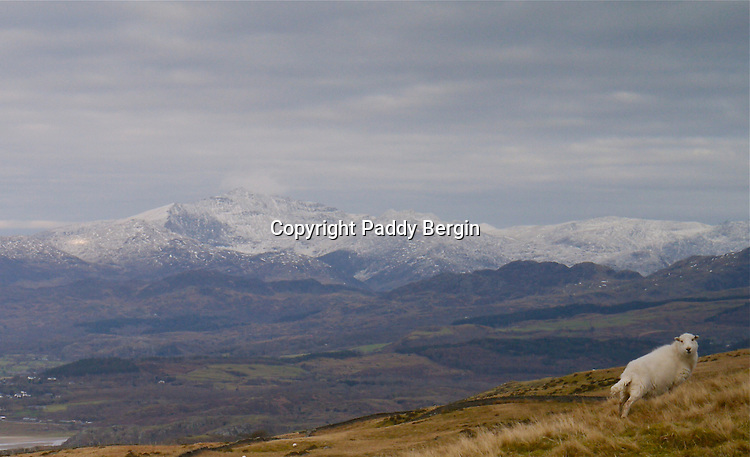 A Winter view north to the Snowdon range. is the highest mountain in Wales, at an elevation of 1,085 metres (3,560 ft) above sea level, and the highest point in the British Isles outside the Scottish Highlands. It is located in Snowdonia National Park (Parc Cenedlaethol Eryri) in Gwynedd, and has been described as "probably the busiest mountain in Britain". It is designated as a national nature reserve for its rare flora and fauna.