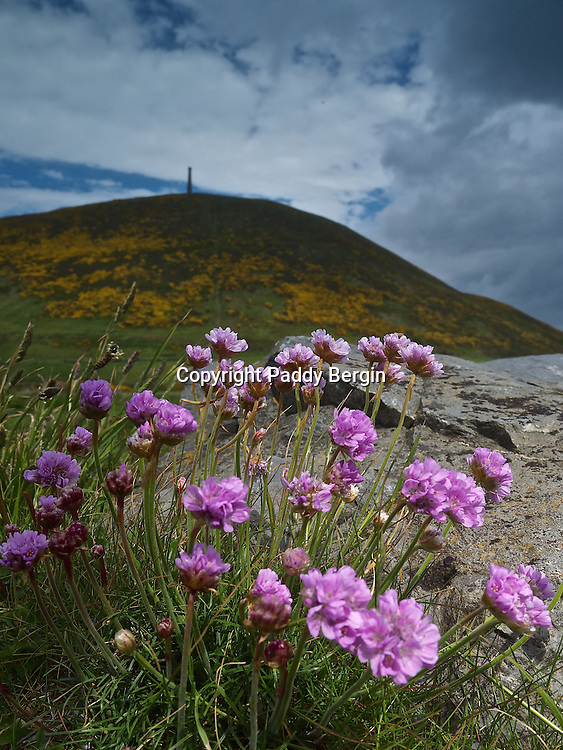 The plant can be found in the wild in coastal areas across the Northern Hemisphere, especially in Europe, but also occurs in parts of South America. It is a common sight in British marshes. It can grow in dry, sandy, saline conditions such as those at beaches and salt marshes.

The British threepence coin issued between 1937 and 1952 had a design of thrift on the reverse.

Just on the southern edge of Aberystwyth town lies an impressive 120 metre hill. Once home to an Iron Age hill fort, the hill is also recognisable for the distinctive monument perched on top.

As far as the history of the site goes, it is known that a fort was built at the summit back around 400BC.

Pen Dinas strictly speaking only refers to the highest point, 'Pen y Dinas' or 'Head of the Citadel', (upon which the Wellington Monument now stands). The southern summit is also where, in the Bronze Age, a burial mound was erected.