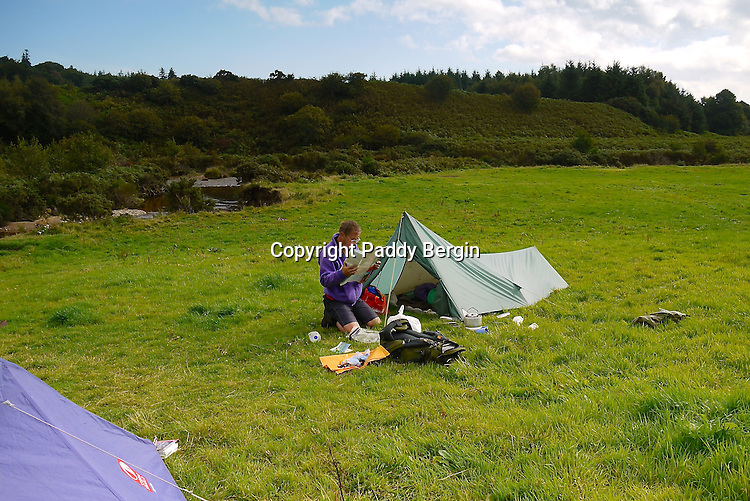 Camping on the Isle of Arran.

The island of Arran lies in the Firth of Clyde between Ayr and Ardrossan, and Kintyre. The profile of the north Arran hills as seen from the Ayrshire coast is a well-known sight referred to as the "Sleeping Warrior" due to its resemblance to a resting human figure. The highest of these hills is Goat Fell at 873.5 metres (2,866 ft). There are three other Corbetts, all in the north east: Caisteal Abhail, Cìr Mhòr and Beinn Tarsuinn. Beinn Bharrain is the highest peak in the north west at 721 metres (2,365 ft).