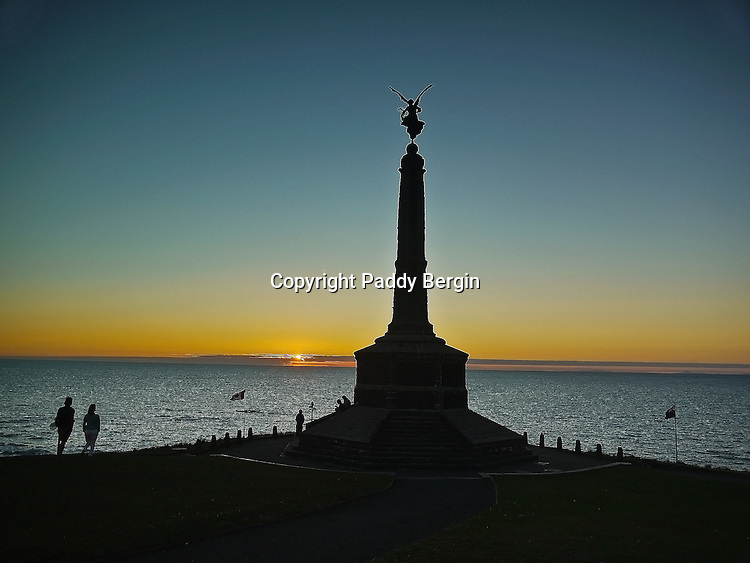 The Aberystwyth town war memorial is considered by some to be one of the finest in Britain. It records the names of 111 Aberystwyth men who died as a result of action during the First World war and 78 men and women who died during the Second World War. It is one of a number in the town: others are in chapels, places of work and schools.

The War Memorial stands overlooking the sea in the grounds of Aberystwyth Castle. The statue, topped by a figure representing peace emerging at the end of the First World War, was built in 1922 to a design by an Italian, Mario Rutelli.

Contemporary reports record that the top figure represents Victory and the figure at the base represents Humanity emerging from the effects of war.

The inscription in Welsh is 'Dros Ryddid' (For Freedom) and in English 'Greater Love for no man than this...'