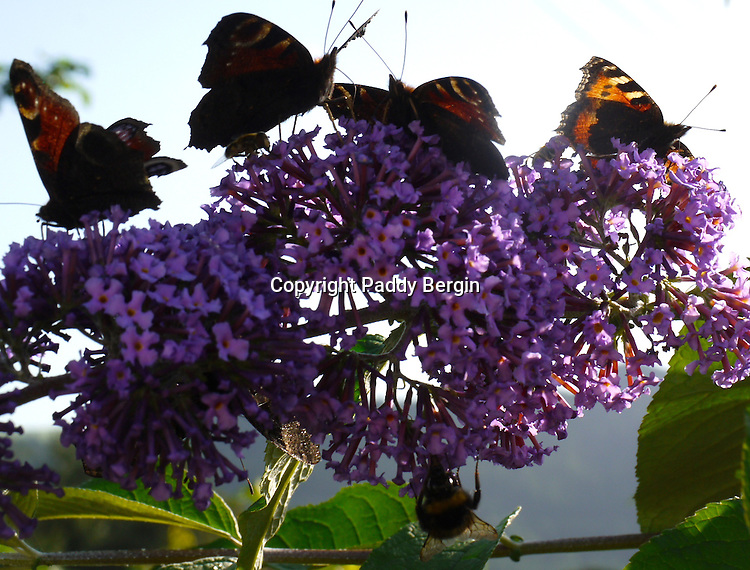 The Tortoiseshell is a medium-sized butterfly that is mainly reddish-orange in colour, with black and yellow markings on the forewings as well as a ring of blue spots around the edge of the wings. It has a wingspan ranging from 4.5-6.2 cm.

The small tortoiseshell is the National Butterfly of Denmark.

The European Peacock (Aglais io),[1][2][3] more commonly known simply as the Peacock butterfly, is a colourful butterfly, found in Europe and temperate Asia as far east as Japan. Formerly classified as the only member of the genus Inachis (the name is derived from Greek mythology, meaning Io, the daughter of Inachus).