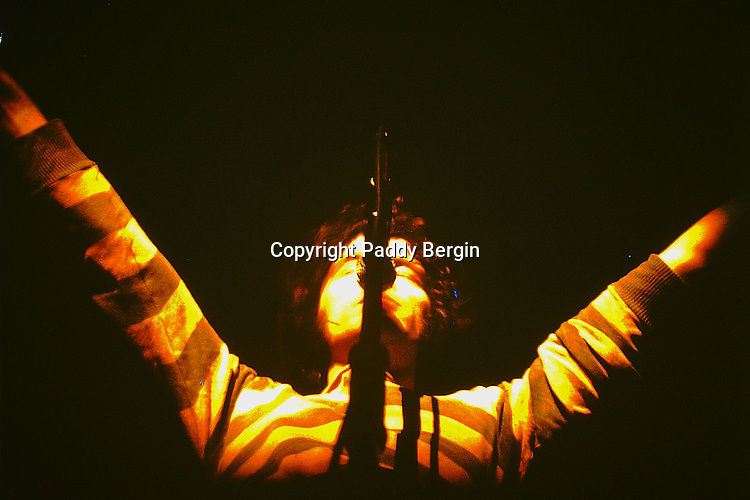 Alexander James "Alex" Harvey (5 February 1935 – 4 February 1982) was a Scottish blues/rock musician. Although Harvey's career spanned almost three decades he is best remembered as the frontman of The Sensational Alex Harvey Band, with whom he built a reputation as an exciting live performer during the era of glam rock in the 1970s.

n 1972, Harvey formed The Sensational Alex Harvey Band (often shortened to SAHB) with guitarist Zal Cleminson, bassist Chris Glen, and cousins Hugh and Ted McKenna on keyboards and drums respectively, all previous members of progressive rock act Tear Gas. SAHB produced a succession of highly regarded albums and tours throughout the 1970s. The band never achieved acclaim in the United States the way it did in Great Britain, but it had a cult following in certain US cities, especially Cleveland, where the group first played at the Agora Ballroom in December 1974. Thanks to airplay from WMMS, songs like "Next" and "The Faith Healer" became very popular. Cleveland music critics observed, that the Sensational Alex Harvey Band could headline in that city, while in other cities, few people came to see them.

On 4 February 1982, a day short of his 47th birthday, Harvey suffered a massive heart attack while waiting to take a ferry from Zeebrugge, Belgium back to England after performing a Belgian gig with his new band, the Electric Cowboys. He suffered a fatal second attack in an ambulance on the way to hospital. He left his second wife, Trudy, and two sons (Alex, by his first wife, Mary Martin, and Tyro).