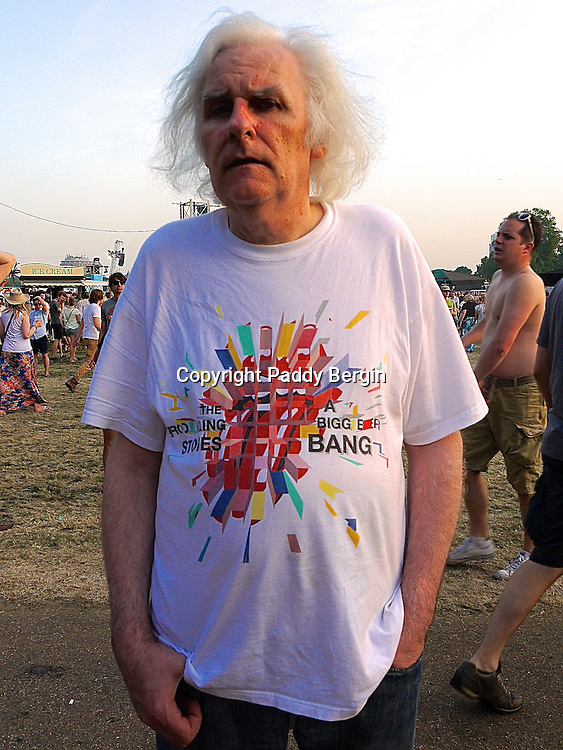 Sporting A Stones T Shirt at the gig.