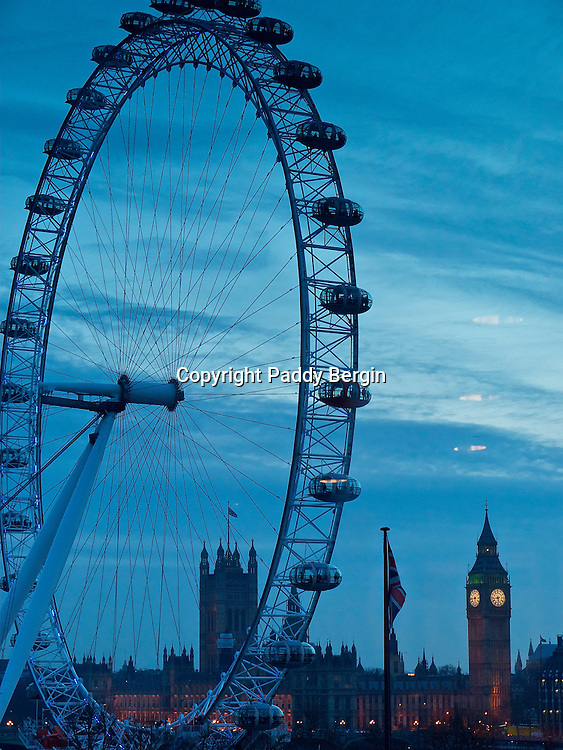 London Eye and Big Ben from The Royal Festival Hall.