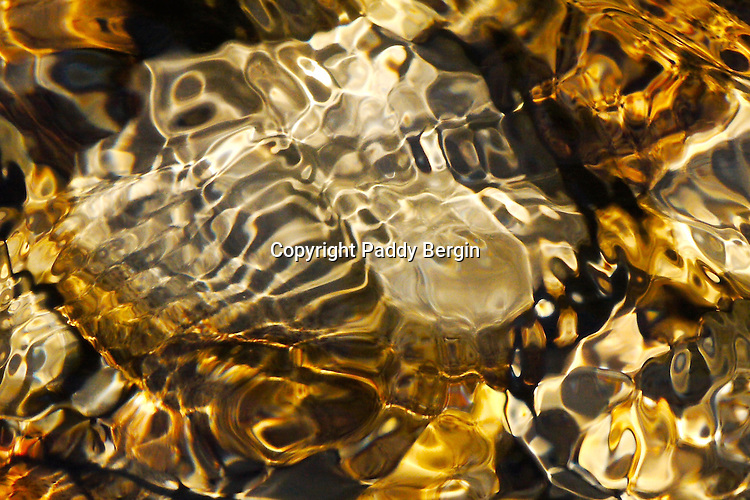 Sometimes when I returned to the river to take more photos, even though it was the same time of year and same time of day with the sun shining at the same angle, the water was a slightly darker colour which is caused by silt being washed off the hills and so the colours in the photos were muddy and never came out as intense as in these shots. I go back each year and keep trying. Stock Photo by Paddy Bergin
Paddy Bergin
Patterns, water, sunlight, animal like, photo art, light, rocks, abstract art photo, stock photo, Paddy Bergin, River Ystwyth, Ceredigion, Aberystwyth, West Wales, textile patterns, abstract design, photo wall, art, restaurants, hotels, corporates, corporate buildings, offices, marketing, corporate manuals, flyers, marketing