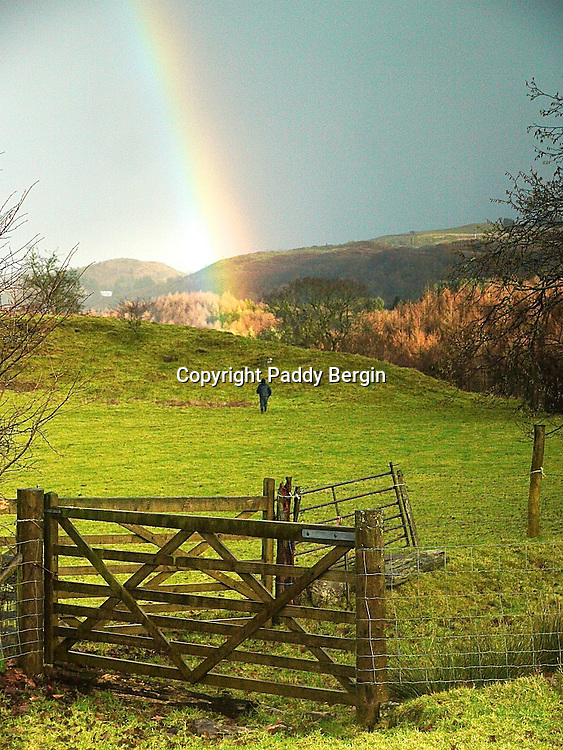 A rainbow is an optical and meteorological phenomenon that is caused by reflection, refraction and dispersion of light in water droplets resulting in a spectrum of light appearing in the sky. It takes the form of a multicoloured arc. Rainbows caused by sunlight always appear in the section of sky directly opposite the sun.

The Irish leprechaun's secret hiding place for his pot of gold is usually said to be at the end of the rainbow. This place is impossible to reach, because the rainbow is an optical effect which depends on the location of the viewer. When walking towards the end of a rainbow, it will appear to "move" further away.