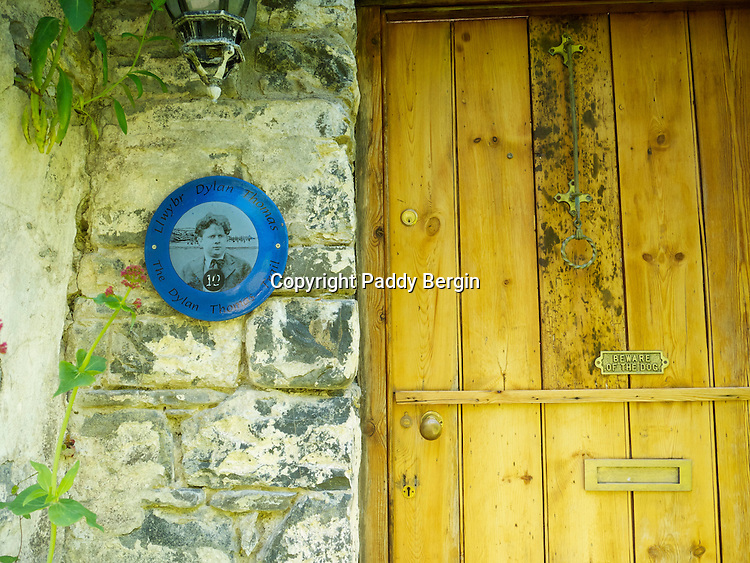 Dylan Marlais Thomas (27 October 1914 – 9 November 1953), born in Swansea, was a Welsh poet and writer whose works include the poems "Do not go gentle into that good night" and "And death shall have no dominion", the "Play for Voices", Under Milk Wood, and stories and radio broadcasts such as A Child's Christmas in Wales and Portrait of the Artist as a Young Dog. He became popular in his lifetime and remained so after his premature death in New York City. In his later life he acquired a reputation, which he encouraged, as a "roistering, drunken and doomed poet"

Tha Llanina Ruins are in a wood called 'Coed Llanina' just opposite the gates to the Llanina Mansion and St Ina's Church.