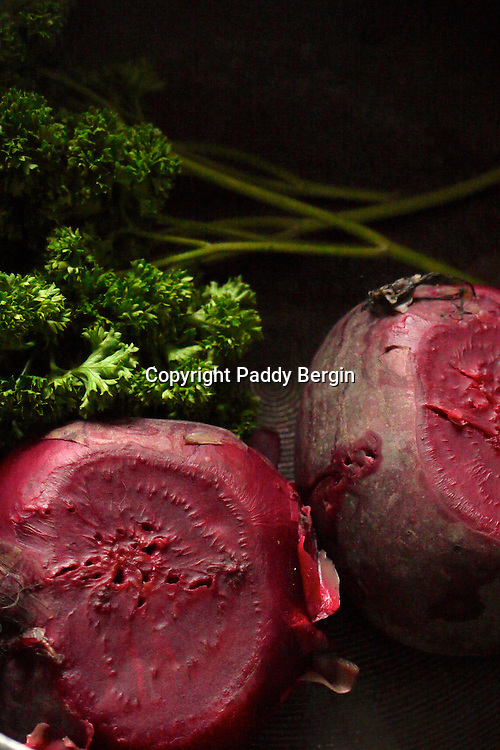 The beetroot is the taproot portion of the beet plant, also known in North America as the table beet, garden beet, red or golden beet, or informally simply as the beet. It is several of the cultivated varieties of beet (Beta vulgaris) grown for their edible taproots and their greens.

Other than as a food, its uses include food coloring and as a medicinal plant. Many beet products are made from other Beta vulgaris varieties, particularly sugar beet.

Beetroot can be peeled, steamed, and then eaten warm with butter as a delicacy; cooked, pickled, and then eaten cold as a condiment; or peeled, shredded raw, and then eaten as a salad. Pickled beets are a traditional food of the American South, and are often served on a hamburger in Australia, New Zealand, and the United Arab Emirates.

Parsley is widely used in Middle Eastern, European, Brazilian and American cooking. Curly leaf parsley is used often as a garnish. Green parsley is used frequently as a garnish on potato dishes (boiled or mashed potatoes), on rice dishes (risotto or pilau), on fish, fried chicken, lamb, goose, and steaks, as well in meat or vegetable stews (including shrimp creole, beef bourguignon, goulash, or chicken paprikash).